This post is the first in a small series on the new wave of hyperinteresting consumer tech products that are most likely to have had society-level impact in 5 years. My first two posts are on Clubhouse and Substack [1]. Both are social network and media platforms of different types, and both have an opportunity to displace multiple existing services including Twitter. This post on Substack focuses on the creation of journalist-entrepreneurs[2] and the transition of the media world (at least in part) back to subscriptions. Another post on Clubhouse explains why it is the first new interesting social platform in a decade.

The other potentially transformative company of this era is Substack. Substack is changing the nature of journalism, reporting, blogging, podcasting, and content creation. Strikingly, it is turning a generation of content creators and journalists into business owners.

The news industry has had a tough two decades. The emergence of online channels and online advertising in the 1990s and 2000s disrupted the news industry in the following ways:

These changes caused major shifts in the economics of the news business and led to the destruction of many local news outlets, cuts in journalism staff, and a decrease in options for talented writers. The disruption of traditional media led to (a) consolidation of media behind a few major brands (b) bankruptcy for many small, local news outlets (c) the morphing of individual journalist political views farther left on economic issues. The livelihood of journalists was being hurt by technology platforms and social media, and may explain part of the journalistic backlash against these platforms in recent years. 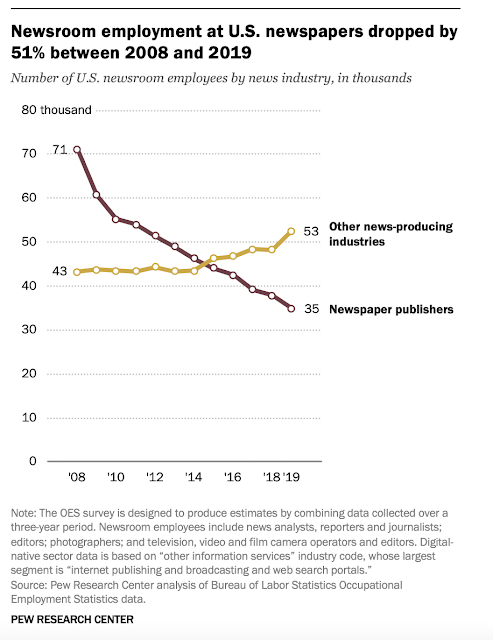 Substack allows anyone to:

Substack uses cases may include:

One of the most interesting societal transformations driven by Substack is converting a generation of journalists into small (and in some cases large) business owners. During the last two decades, journalists have suffered from the “creative destruction” aspects of capitalism - where the business model of their platforms were hurt and many journalists were laid off. This and other trends pushed journalists farther to the left on economic and other issues.

With the rise of Substack, journalists are suddenly benefiting from becoming the owners of their own media brands and businesses. In many cases they are making more money while maintaining editorial control of their own perspective and voice. Writers on Substack need to do all the things business owners need to do - attract customers, in some cases hire people and manage them, and run expenses - but also benefit financially from the upside of their work. It will be interesting to see how this adoption of direct business ownership shapes the writing and thinking of a generation of writers - and might end up being one of the biggest societal impacts of Substack. The financial reenfranchisement of the Fourth Estate may also shift the thinking of a society which consumes their content. 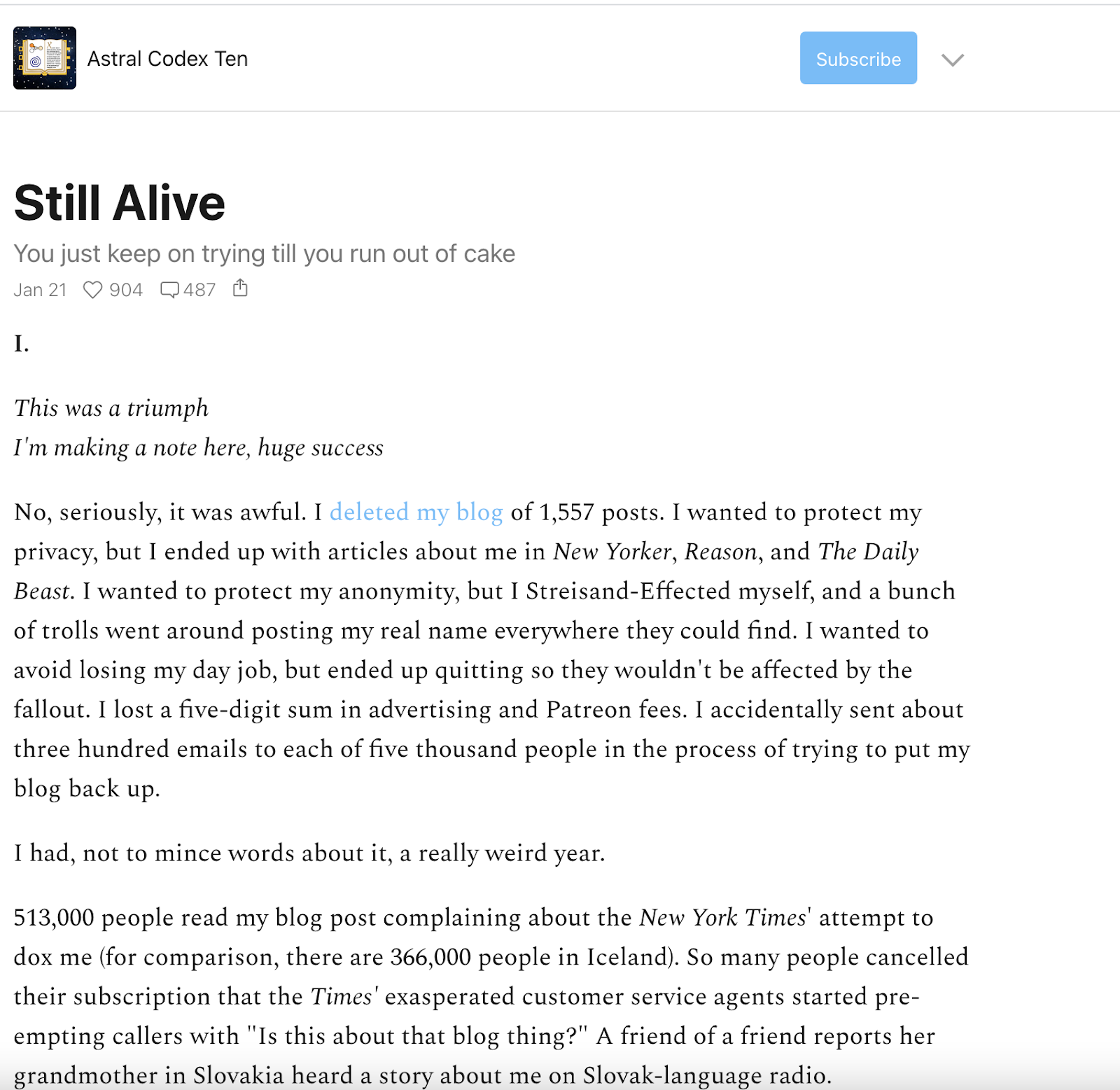 Thanks to Avichal Garg and Katherine Boyle for comments on this post.

[1] Of course there will be some other product in private alpha that in hindsight will be super important too. Only the future knows what it is.

[2] This is all my own speculation and has nothing to do with actual company roadmaps.

Startup life:
Raising Money
Posted by Elad Gil at 8:14 AM