Every year I take a step back and ask if there are common themes in technology. Sometimes this creates a very backwards looking view, as the most obvious signals are in companies that have been working well for a few years and the trend is really over. Other times the signal turns out to be false or speculative. Many people five or six years ago probably thought consumer IoT was going to be driven by startups-when in reality big companies have been the key for most (but not all) consumer IoT applications.

Here are some areas I think are especially intriguing for 2019:

1. Devsumer* Products. AKA Software Eating Accenture.
One past wave of technology innovation was the rise of the professional & consumer market for tech, or the "prosumer" market. We are now seeing a new merger of the developer & consumer markets, or "devsumer".

If you are an operations or business team at a tech company, or basically anybody at a non-tech company, it is hard to get any engineering resources to help build the workflow or productivity tools you need to be successful. Companies will spend hundreds of thousands, to literally hundreds of millions of dollars, hiring the Accentures of the world to build simple applications and tools, or to perform API integrations for them.

In parallel, the average knowledge worker has gotten more savvy and hands on. A lot more people have grown up with a computer in the home, have taken a CS class in college (now the most popular major at a number of universities), or gone to a coding bootcamp or school like Lambda School. While not all people exposed to CS end up as full-fledged developers, people on average are more savvy about elements of software and simple code. People are more willing to build things, if they have simple tools available.

Just as there was a prior prosumer wave as part of IT productivity 1.0, we are experiencing a new "devsumer" wave, where consumers are more likely to take on lighter versions of developer-like work and products.

A number of products have emerged that allow people to build simple software applications, or to use templated applications for their own work flow or productivity. You can think of this as taking a SQL database or excel spreadsheet and turning it into an app platform. These companies include Airtable and, in a vertical way specific to internal tools, Retool.

In a different market segment, Notion and Coda are focused on the future of docs & productivity software, while other companies, such as Zapier and IFTTT allow you to simply stitch together APIs into workflows. There is the old saying that money is made by either bundling or unbundling products or services. Devsumer companies are virtually re-bundling disparate productivity tools into single companies. 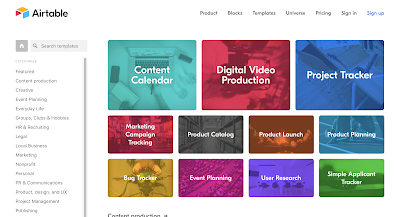 By allowing any person to either use an off the shelf template or tool, or create their own by stitching together existing applications, the power of programming is suddenly available to anyone in an enterprise or SMB. These tools can also be used for personal productivity or enterprise productivity.

Devsumer products are driven by multiple megatrends including the overall shift to cloud based applications and platforms leading to accessible APIs for integrations plus a savvier white collar workforce that expects software tools to be an integral part of their work and personal lives.

There will be multiple $5B+ companies in this market (with Airtable already raising a round at a $1.1B valuation).

2. Real estate tech. Software eating real estate.
One of the largest TAMs in the world is real estate and much of an individuals' net worth is tied up in their home. In some sense, Airbnb was one of the earliest real estate tech disruptors in that it allowed people to monetize their most expensive asset by renting it out to others.

A new wave of real estate technology companies have emerged with Opendoor at the vanguard. Real estate technology companies are experimenting with fractional ownership (Divvy, Harbor), new ways to build homes and neighborhoods (Mosaic, Katerra) and new ways to find rentals (Bungalow). There are also multiple services for home buying finally moving online - for example Qualia for real estate closings or Compass, which has been buying local real estate brokerages in a hybrid online/offline model. 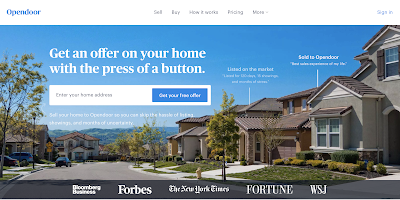 Machine learning / AI is a new technology wave with its own silicon & hardware needs. While NVIDIA GPUs are used today by many in machine learning, the underlying hardware is not optimized for the fast I/O and matrix multiplication that would optimize for machine learning. Google launched custom ASICs for ML called TPUs (tensor processing units) but Google is unwilling to sell the hardware externally - in part to give its own cloud services a competitive advantage. This, plus the potential medium term rise of potentially ubiquitous AI models running in autonomous vehicles (self driving cars, drones etc.) yields a massive market opportunity**.

Companies like Cerebras, Groq, Graphcore, and others are potential contenders for ML market cap.

4. Transportation and logistics. Software eating transportation, logistics, and supply chain.
The way physical goods will be moved around the world is changing. The entire transportation and logistics stacks is being eaten by software. The base layer for this - autonomous vehicles is still years away from the mainstream, but has promising early signals. Companies like Embark, Kodiak, Starsky and others are building self driving trucks. On top of this, firms like Convoy and Uber are building load market places and logistics networks for trucking while KeepTruckin and Samsara deal with fleet management and compliance. Companies like Flexport are driving global freight. New robotics companies are trying to automate the warehouse and allow for small urban distribution centers (CommonSense Robotics). Finally, companies like Shippo help with the end user shipping process. 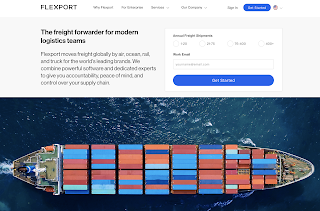 5. Crypto. Programmable money and Store of Value.
Cryptocurrencies and the underlying set of companies creating the new financial stack promise to be incredibly valuable. Bitcoin and Ethereum still hold immense promise as new forms of programmable money / store of value, in part due to their resistance to seizure and censorship. Despite the crypto winter, new protocols like Chia, Celo, Coda, Oasis, and Thunder are looking to re-invent compute and money while protocols like DIRT ask how to move data onto the blockchain. While a subset of these approaches will undoubtedly fail, there is immense room for innovation.

In parallel, a new financial stack is being build to to trade, custody, and derivative crypto in the form of Coinbase, Anchorage, and dYdX with Coinbase acting as one of the very regulatory compliant fiat/crypto on ramps. In parallel, efforts to create new ways to securitize hard assets (Harbor) or for capital formation (Coinlist) are driving other aspects of the early market forward.

I am still quite bullish that a basked of cryptocurrencies will be worth in the trillions within the next 10 years. The primary short term driver for crypto value with be the generational replacement of gold as a store-of-value for a specific subset of the population. The longer term drivers of crypto value will be new forms of programable money and on-chain securities.

6. TBD: Legal tech. Software eating law firms.
While more nascent, a new wave of companies are focused on eating away at the legal world. Atrium is the world's first tech-driven law firm, while companies like Klarity apply machine learning to legal contracts. In parallel, Stripe's Atlas allows companies to incorporate via API. Carta provides cap table management as a basis to branch into other services. It is early days in legal tech but it is possible these early seeds will form deep roots.

Given the degree to which legal services have a series of highly repetitive tasks that lawyers and para-legals would prefer not to do, it is surprising more software has not come to this vertical.

7. TBD: Defense? Big company employee politics creating a market opportunity.
Silicon Valley has its roots in the defense industry. A good overview may be found with Steve Blank. The recent Trump election helped to further radicalize US politics and this political divide has found its way Silicon Valley as well. While a strong national defense matters for the USA irrespective of who the president is, it is suddenly unpopular at a number of companies to accept defense related work. Google shut down project Maven which met with a negative employee response, and employees have protested defense contractors at Microsoft, Google, Amazon and others.

The rise of the radicalized worker has created an opportunity for startups to pursue defense work. The defense and intelligence community wants to work with major brands like Google. However, if Google is unwilling to lend its AI expertise, for example, to assess defense video feeds, startups will emerge take on this work.

To date, Anduril may be the defense company with the most interest although others like Shield.AI are also in the market. There is an opportunity here to build a next-generation defense company.

Summary
In sum, there are 5 core markets (Devsumer, Real Estate, AI hardware, Transportation and Logistics, Crypto) and 2 emerging ones (Legal, Defense) that seem quite exciting to watch in 2019. While there is a potential darkening macro economic environment, software continues to eat the world and to remake it.

NOTES
*To coin a term.
** The public market caps are from November 2018 as I wrote this blog post a few months ago, but took a while to finish and post it. Since then markets have come down but these companies are all still worth a ton.

PS numbering does not imply ordering of opportunities. It was just a way to organize this post.

MY BOOK
You can order the High Growth Handbook here.

Managing Investors
Markets:
Posted by Elad Gil at 7:52 AM