Over the life of a startup, 3 archetypes are needed to found, build, and scale a company. It is rare to find someone who is a 10X version of one of these archetypes, so even rarer to find someone who captures 2 or 3 of them. As such, usually these characteristics are divided into 3 or more people who are uniquely good at their core function.

Every startup needs someone who is great at selling. This founder convinces people to join the company, gets the first few customers, and pulls off the impossible partnership or ridiculous fundraise. Without a great sales person founders may find it hard to hire people, close customers or raise money.

Jobs was also great at product, which leads to Archetype 2.... 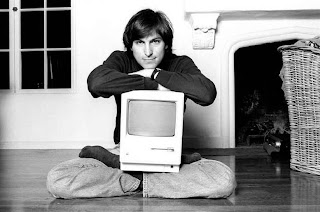 Wozniak could build anything. He was known for his impossible designs that dramatically increased utilization of the hardware and enabled the early Macs to do things similar hardware could not.

Coupled with Jobs, who later emerged as a product visionary, they drove great product and technical excellence. In other words, the ability to build. 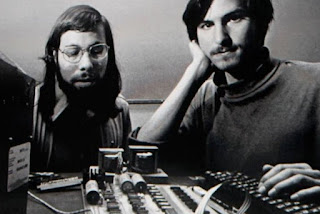 Later in the life of the company someone is need to scale the organization, tighten controls, add process, and scale a company from tens or hundreds to many thousands. While some founders end up as excellent operators, often they need to hire someone who is their complement to learn from or to drive much of the scaling. These professional executives tend to be great at people issues but bad at making bold or controversial decisions or iterating on the next wave of disruption. This is why they are able to climb the corporate ladder and work with stubborn decisive founders, but also is why they are not usually founders themselves. 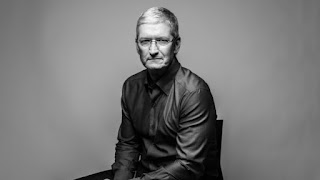 Many of the best founders are good at 1 & 2 (Sell & Build) but not great at 3 (Scale). This is often a mix of experience (if you are a founder you are unlikely to have run a multi-thousand person organization in the past) and personality (impatience or raw cussedness or other traits that may help with early success may not always lend themselves well to every managerial situation). Some founders do well out of raw product/market fit and may not actually be great at any of the archetypes - although often these companies never quite reach their real potential. The founders I have seen build companies that reach their biggest potential have a spike in at least one, or potentially 2, archetypes. Some founders also eventually learn to scale, or get smart enough about hiring great people who provide scaling that it is equivalent to the same thing.

Founders tend to appreciate people who are complementary to them and can help scale their company. The first time a capable, experienced executive is hired is a magical moment for a founder. It turns out you can delegate all sorts of things to people who are better at it then you!

This leads to many professional operators taking over as CEO when a founder steps down[1]. The operator had scaled the company, gets along well with the founder to whom they tend to defer, and are great at running a tight ship. Unfortunately, the professional operator CEO often tend to avoid controversy, disruption, bold new product moves, and the ability to do something high risk or contrarian. Often the company will coast on prior products and do well for many years, only to get hit and destroyed by a new disruption or company.

One of the big mistakes successful founders tend to make late in the life of a company is to promote to CEO someone who is a different archetype from themselves, instead of looking for someone just like them. When stepping down from a major company built over a lifetime, it might be wiser to look for a founder type with Sell and Build archetype characteristics over a Scale archetype executive. Or, to at least look for a Scale archetype who has had a strong Build experience and aptitude.

[1] It is important to differentiate between CEO transitions earlier in the life of a company versus later. For example, if a founder has a great 20-30 year run and built a tens of billions company, this is the exact moment they may want more of a "founder" than a "scaler" as CEO. If, instead, the company has built an initial product but needs help executing, building sales etc and the founder is not up for the journey, it might make sense to just hire a "scaler" to get the company back on track (so that it survives). Like all things startuo-related, there is a lot of room for context and nuance on this.