One of the biggest shifts of the last 6 months is the degree to which pre-emptive funding rounds have become the new normal in Silicon Valley. While pre-emptive rounds used to be reserved for celebrity or serial entrepreneur founders, they have recently become almost the default for a subset of companies. I have seen multiple seed companies receive pre-emptive series A fundings in the last few months without any specific milestones hit. Similarly, late stage companies like Bird have seen their valuations skyrocket in the course of months or even weeks. Why all the fuss to pre-empt?

Traditional venture rounds track progress
In a typical venture financing the money is invested behind a big company milestone, or due to an ongoing business ramp. The later the round of funding, the more likely it is to reflect updated progress of a company hitting its user or revenue goals. 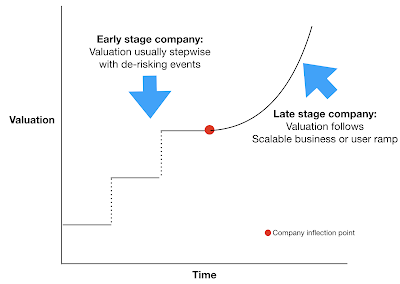 As an example, Instagram's March 2010 $500K seed round was at a valuation in the low millions. The investment was behind a team without a launched product.

Instagram's February 2011 series A with Benchmark was in the mid-20 millions market cap which reflected a rapidly scaling, but newly launched, consumer product that had just launched. The launch of the product and early customer traction created a big step up in valuation from the seed round, which was an investment in a team.

Sequoia's April 2012 $50M series B investment in Instagram at a $500M valuation was in a company that had continued to scale its userbase exponentially and whose growth was actually accelerating with scale. Future rounds for Instagram, had it not been bought by Facebook, would likely have tracked this exponential growth. 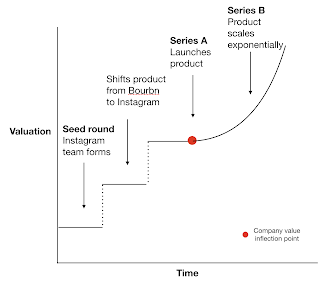 Preemptive rounds are investments without a catalyst
In each financing round example above for Instagram, there was a clear change in progress or major milestone hit between rounds. In a pre-emptive round, there is no material change in progress between rounds. Rather, the investor is so excited to invest, or believes the company valuation should be much higher than the last investment, that she is willing to push up the company valuation without any new progress or information.

Bird's latest rounds is a good example of pre-emption. While Sequoia led an investment in Bird at a $1 billion valuation, it is rumored Bird is closing another round at $2 billion just a few weeks later. 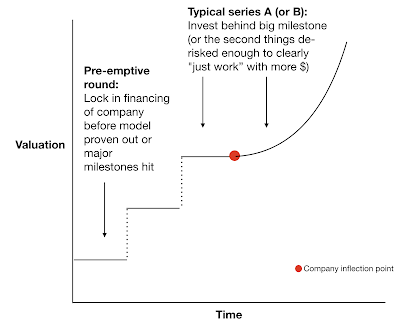 Why more pre-emption?
The trend to pre-emption is driven by a few factors:


Implications
While some venture funds are pre-empting gracefully, others seem to be throwing money haphazardly at companies with the hope that if they pre-empt the next Uber, the other investments won't matter. Some funds will do extremely well due to pre-emption while others will see a big negative impact to their returns. Picking, as always, matters. Picking without more data is hard.

From an entrepreneur's perspective, fast, cheap, and easy money with an investor you already know tends to be a good thing. In general, there are few negatives to a pre-emptive round from a founders perspective.

However, if it is the same firm that has led one or more rounds in the past, there are deeper implications.


Managing Investors
Markets:
Posted by Elad Gil at 7:16 AM