The VC Cleanse - Taking Advantage of the Downturn to Walk Away 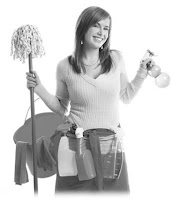 VCs are cleaning out their portfolios right now. It seems like there are 3 drivers and 3 methods to doing so. Implications are discussed.
WHY ARE VCS CLEANING OUT THEIR PORTFOLIOS?
HOW ARE VCS EXITING?
SOME RECENT EXAMPLES:
(I have zero inside knowledge of any of these, so my classification of these companies is PURELY 100% speculative and in some cases baded on rumors or e.g. TechCrunch or other blogs):
-Mochi Media (rumors), Zappos: recent press suggested entrepreneurs and investors may have disagreed on exit paths where investors may have been more eager to sell.
-SearchMe: company significantly downsizing/repositioning due to large amount of add-on capital needed.
-iMeem: Cap table wiped, new money raised.
-Xoopit, Zappos (again): Exit into synergistic company with good product fit.
IMPLICATIONS?
So what do you think? What other companies will be affected by the VC psychology above?
Like this? You should follow me on Twitter here or subscribe.
Posted by Elad Gil at 6:23 PM