Your company culture is the foundation on which everything you do rests.  Your culture acts as an unwritten set of rules that drives behavior and cohesion across the company. 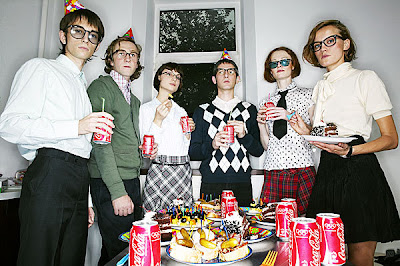 Cohesive, insular cultures are more resilient and can withstand shocks to it (e.g. pivoting multiple times) as well as can be extremely motivational / draw out the best in people (e.g. engineers at Palintir sleeping under their desks in their belief they are helping national security, the emergence of Google's "don't be evil" doctrine).

Bad Culture Fits Lead To Pain
Most companies do a poor job of enforcing a common culture or are willing to sacrifice the cultural aspects of who they hire in order to "get someone effective" or "to fill a need".  This typically backfires in a big way over the short to medium term.  Every single founder I know who has compromised on culture fit has regretted it due to the disruptions it has caused their company (having to fire the bad fits, creating a crappy work environment, good people quitting, trust eroding between co-workers, product moving in the wrong direction, bad actors building power bases, misaligned incentives emerging in the organization, etc.)

Note: for the purpose of this post, I define "values" in its broadest sense (e.g. included are things like pragmatism, get-shit-done-edness, etc.)

How To Build A Strong Culture
This post focuses on (1) above - hiring filters you can use to find great culture fits.

Hiring For Culture Fit
For an early stage, raw startup, your hiring focus should be on homogeneity.  You should be encouraging a diversity of origins (gender, ethnicity, etc.) while discouraging a diversity in company values.   Max Levchin put it on Quora "Having a highly homogeneous (background, education, values, preferences, etc) very early team is better than not -- cuts down on time-wasting arguments."

An early stage company is a fragile and having people pulling in different directions, or wasting time in pointless philosophical arguments, can be lethal.  Early on, you want to hire people with common perspectives and goals who are all pulling in the same direction.  (Note: this does not mean want you want clones or group think).

1. Determine the sort of people you want to hire.
Many culture evolve organically based on the first few hires you make.  As company founders, you should actively shape this.  Ask yourselves the following questions, and get agreement amongst the founders:
a. What are the key cornerstones of your company's culture?  What sort of values do you want people you hire to have?
b. What are you willing to compromise on?  What are you not? (Note: if you are willing to compromise on it, it is not important to you).
c. How do you plan to screen for people with these values in your interviews?  What questions do you plan to ask at each stage to surface their values?
d. Are there common backgrounds or resume signals you want to use as filters?  (e.g. "built cool stuff on the side in college" (Facebook) versus "ivy league education, double major, and 4.0 GPA" (Google)).

2. Ask culturally relevant questions often and early in your hiring process.
For phone screens at Mixer Labs/GeoAPI (the company I started that Twitter acquired), I would ask candidates 2 basic types of questions before passing them on for an engineering interview:
a. Basic technical competency questions.
b. Culture fit questions.
If people seemed technically great but a bad fit culturally, we would ding them immediately.

3. Ask the interviewers for their view of the person from a culture fit perspective.
When assessing the candidate after an interview, we would ask people on our team to weigh in on the culture fit of the candidate, and whether people would want to work with them.  This served two implicit purposes:
a. To screen the candidate for culture fit
b. To re-emphasize cultural values to the broader team

You should be explicit about the type of culture you are trying to build and the type of people you want to hire.  By "explicit", I dont mean having a sign pasted up in a 5 person startup with a list of your values.  Rather, I mean make the hiring huddles an opportunity to re-emphasize to everyone on the team what is important to the company culturally.

This constant re-emphasis of cultural values is key as the company starts to scale rapidly and grow (future blog post on this coming - see also example below under (4)).

4. Take people out for a "beer" test as part of interviews.
We would take every candidate to some social outing (typically dinner or beer after work).  In a startup, people work long hours and you want to make sure people fit in and the team and create an even awesomer [1] environment.

Intriguingly, in a "social" environment, the candidate would often show more of their "true colors".  Especially if beer was involved.  This often happened before any beer was drunken - I think it was just a shift to a more social context from a work one that triggered behavioral changes. 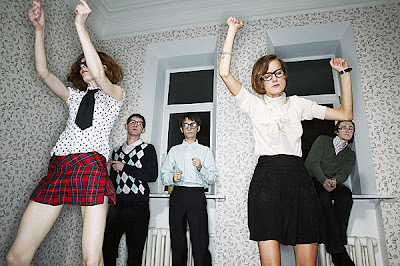 A great example is a candidate we rejected post beer test, who was one of the strongest engineers technically that we had ever interviewed.  However, once we made it to the bar he made a lot of really bad off-color jokes that crossed the line and made the team uncomfortable about him.

When we told our then 2-person team we were going to reject the candidate (who would have increased productivity by 50% single handedly!), one of our employees literally said "wow, you really are serious about trying to build a big company".  He saw that we were willing to trade off a great engineer in a competitive environment for maintaining the right culture for us.  This impacted the way that he approached interviews from that point on.  Our example of trading off short term productivity for the right long term DNA resonated with him and changed his behavior.

6. Optimize for the long term.
Every founder has that moment of temptation.  There is a big hole you want to fill.  You have been looking for the right candidate for too long and can't find them.  Or, even worse, you find someone great for the role, but they seem borderline or outright bad culturally.

The right strategy is to not hire the person.  "If there is a doubt, there is no doubt" unfortunately proves itself to be true over and over again.
Footnotes:
[1] Yes, I know that "awesomer" is not a cromulent word.